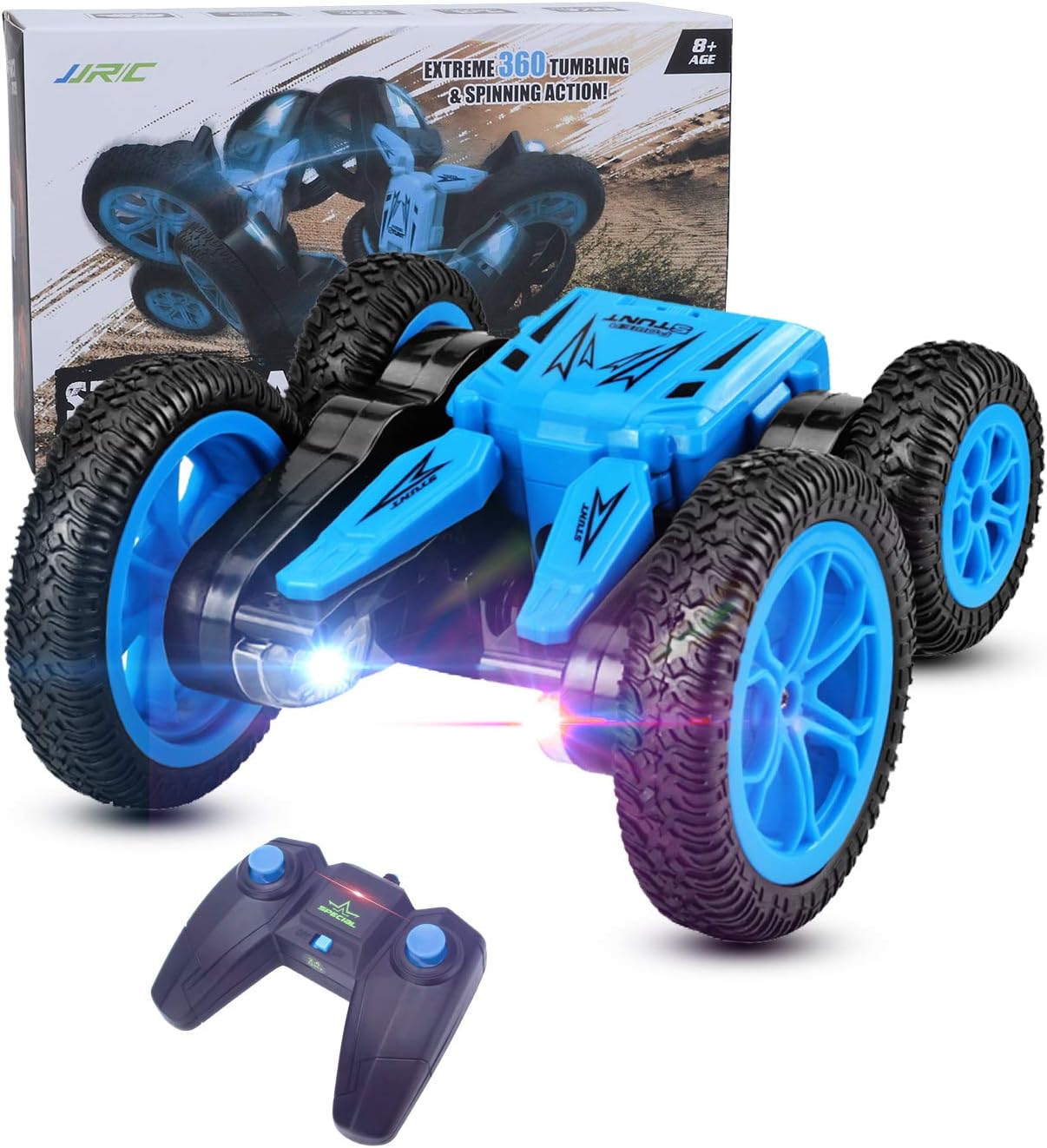 Our Remote Control car can do awesome 360Â° Rotation, Somersault, Double-sided running, it can also stand up when it's spining fast enough. Cultivate children's ability to use their brains, promote communication between children and their parents, and witness children's growth.